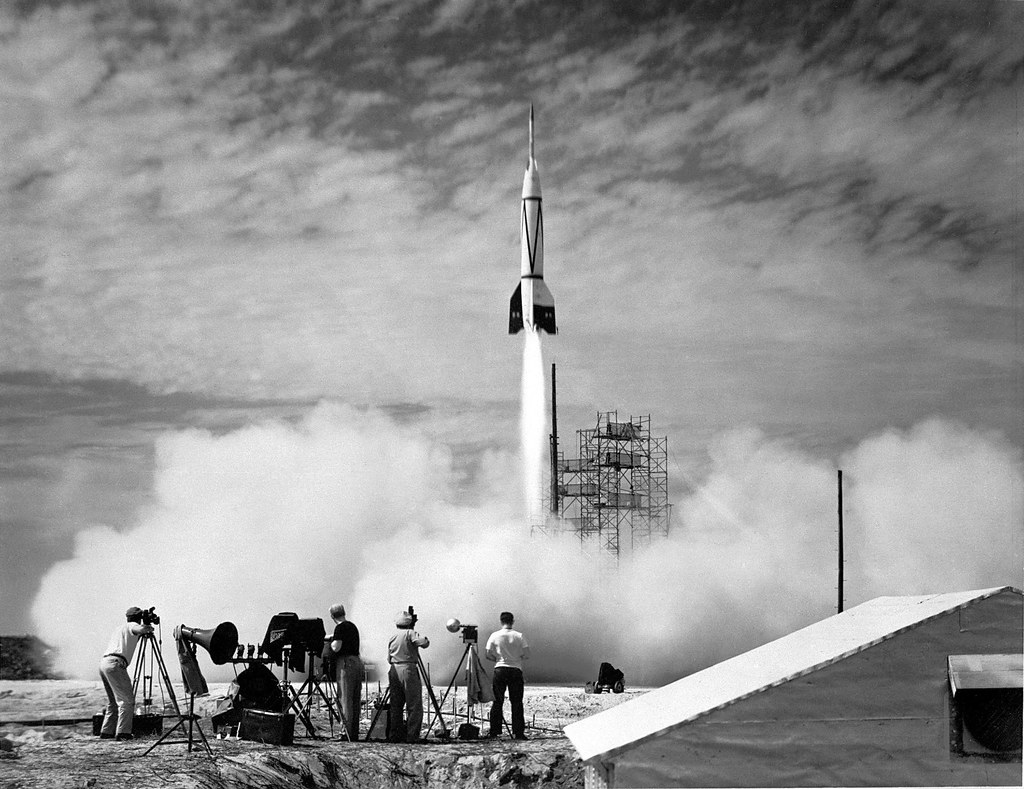 Bumper V-2 Launch
(July 24, 1950) A new chapter in space flight began in July 1950 with the launch of the first rocket from Cape Canaveral, Florida: the Bumper 8. Shown above, Bumper 8 was an ambitious two-stage rocket program that topped a V-2 missile base with a WAC Corporal rocket. Or in other words, it was a German V2 Rocket just without the warhead but with measurement equipment instead, e.g., a photo camera (which made the first picture of the Earth from space in history of humankind). The upper stage was able to reach then-record altitudes of almost 400 kilometers, higher than even modern Space Shuttles fly today. Launched under the direction of the General Electric Company, Bumper 8 was used primarily for testing rocket systems and for research on the upper atmosphere . Bumper rockets carried small payloads that allowed them to measure attributes including air temperature and cosmic ray impacts. Seven years later, the Soviet Union launched Sputnik I and Sputnik II, the first satellites into Earth orbit. In response, in 1958, the US created NASA . *Image Credit*: NASA Image Number: 66P-0631