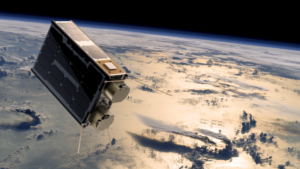 Under the agreements, Exolaunch is procuring the launch, handling integration and deploying in orbit two six-unit cubesats built by NanoAvionics, a Lithuanian nanosatellite manufacturer. The first NanoAvionics cubesat covered by the new contract is scheduled to reach orbit on a SpaceX Falcon 9 dedicated rideshare mission in December 2020. The second is schedule for a 2021 SpaceX flight.

“We are glad to be collaborating with Exolaunch on these upcoming satellite launches,” Vytenis Buzas, NanoAvionics CEO and co-founder, said in a statement. “The company is an experienced and trusted partner that responds well to our needs. Not only do they provide deployment systems with a solid flight heritage, but their flexibility towards offering the most suitable launch solutions is extremely valuable to our company and customers.”

“Exolaunch has numerous international customers who already signed up for this mission,” according to the June 29 news release. “Recently the company extended its contract with SpaceX for an additional ESPA port.” (ESPA is a rocket adapter for secondary payloads.)

NanoAvionics, a spinoff of Lithuania’s Vilnius University, has established facilities in Vilnius, the United Kingdom and the United States to satisfy growing demand for small satellites.

Exolaunch plans to conduct mechanical testing prior to launching the NanoAvionics cubesats at its Berlin, Germany, headquarters, before integrating the satellites with SpaceX launch vehicles at Florida’s Cape Canaveral. The NanoAvionics satellites will be integrated on a Falcon 9 ESPA port and deployed in orbit using Exolaunch’s EXOpod cubesat deployer, according to the news release.