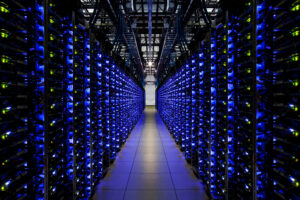 The alliance aims to expand the reach of Google Cloud customers to their data, services and applications without the need for nearby cell towers.

After connecting to a Starlink constellation that is becoming increasingly available worldwide, they can increase performance by running applications within Google data centers.

Urs Hölzle, senior vice president of infrastructure at Google Cloud, said in a statement: “Applications and services running in the cloud can be transformative for organizations, whether they’re operating in a highly networked or remote environment.

“We are delighted to partner with SpaceX to ensure that organizations with distributed footprints have seamless, secure, and fast access to the critical applications and services they need to keep their teams up and running.”

They expect to provide enterprise customers with new services based on this partnership in the second half of this year.

Although there are currently more than 1,550 Starlinks in orbit following SpaceX’s latest launch May 9, the company remains in beta testing.

Battle in the clouds

Starlink’s Google partnership appears to be more integrated than an alliance announced in October with Microsoft, which will also use the satellites to expand cloud services.

Microsoft said Starlink will support its new space-focused, modular cloud business called Azure Space, which will offer mobile cloud computing data centers that can be deployed anywhere in the world.

O3b internet satellites that SES operates in medium Earth orbit (MEO) also empower that initiative, supporting customers who use space-based data but are unwilling to invest in ground infrastructure directly to process and analyze it.

The Luxembourg-based company became the first satellite operator in 2019 to implement ONAP, an open-source platform telecoms companies use to automate their networks, with network functions virtualization (NFV) technology on Azure cloud services.

Cloud computing companies and satellite operators are increasingly coming together to drive down costs and improve network access amid improving virtualization technologies.

In September, Microsoft unveiled a “ground-station as a service” business called Azure Orbital to compete with AWS Ground Station, which is part of Amazon’s cloud-computing branch Amazon Web Services (AWS).

Although Project Kuiper has yet to launch a single satellite, Amazon has set aside $10 billion to accelerate its development.

In 2018, established LEO satellite operator Iridium Communications partnered with AWS to develop a network called CloudConnect, targeting the market for connecting internet of things (IoT) devices to the internet.

Established broadband operators with satellites in geostationary orbit (GEO) have also been ramping up their cloud partnerships in recent years.

Intelsat, Inmarsat and Viasat, for example, are working with Microsoft as an ‘ExpressRoute’ partner, helping send customer data to the Azure network of fiber-linked data centers.