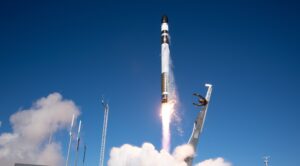 WASHINGTON — Executives of major launch companies said they doubted there was sufficient demand for more than a few small launch vehicle developers, citing their own efforts to provide rideshare launch services for smallsats.

During a panel discussion at Euroconsult’s World Satellite Business Week Virtual Edition conference Nov. 9, Tory Bruno, chief executive and president of United Launch Alliance, said a year ago he was tracking more than 120 ventures in the small launch vehicle or “microlauncher” market. There is now a “significantly smaller” number of such companies, he said, because of fundraising challenges linked to the pandemic.

“I don’t expect that market to recover because that market would have been grossly — like order of magnitude — oversupplied had all of those startups succeeded,” he said. “There’s really only room, in our judgment, for maybe two or three of these.”

How many companies are actively pursuing small launch vehicles can be difficult to determine, and even companies that go out of business can come back, as was the case with Vector, which recently resumed operations under new ownership after filing for bankruptcy last year. However, other panelists agreed that there is demand for only a few small launch vehicle companies, at most.

“The market needs to evolve,” said Gwynne Shotwell, president of SpaceX. “It’s a tough business.” Shotwell has previously noted that SpaceX’s original small launch vehicle, Falcon 1, was retired because of a lack of demand.

“I don’t think there’s room for dozens of these,” she said, concluding that there is only demand currently for two or three companies.

At least one small launch vehicle company, Rocket Lab, does appear to be successful, having performed 15 launches of its Electron rocket to date with its next scheduled for later this month. But Stéphane Israël, chairman and chief executive of Arianespace, argued that the company relied heavily on business from U.S. government agencies.

“The U.S., in its strategy for autonomous access to space, also wants to have quick and responsive access to space, and are ready to pay much more,” he said. “If Electron was only relying on the commercial market, I think they would have a problem with their business case.”

“For these microlaunchers, it’s more of addressing a government need for immediate access to space,” said Tiphaine Louradour, president of the International Launch Services, which markets the Russian Angara, Proton and Soyuz rockets.

Panelists, all representing companies that offer large launch vehicles, argued their vehicles were more cost effective, both for deployment of constellations of smallsats as well as launching smallsats as secondary rideshare payloads.

“We’re responding to customer demand with New Glenn, and what we see is customers asking to take advantage of our seven-meter fairing and heavy-lift capability so we can launch 30, 40, 50, 60 satellites per mission to get them into orbit quickly,” said Clay Mowry, vice president at Blue Origin.

Those companies expect to see smallsat rideshare missions, either managed by themselves or through third-party brokers, to continue to be part of their overall launch business. “It’s here to stay,” Bruno said, noting it factored into the design of ULA’s new Vulcan rocket. “Will there be only single launches or will there be a rideshare market? Our answer was yes, so we designed the rocket to be flexible enough to handle all of that.”

“We are now having discussions with matchmakers, matching the small satellites into one big payload,” said Ko Ogasawara, vice president and senior chief engineer at the Space Systems Division of Mitsubishi Heavy Industries, which markets the H-2 and upcoming H3 rockets. The company is working on smallsat and cubesat dispensers for such missions on the H3.

SpaceX has been perhaps the most aggressive in courting rideshare missions, with both dedicated rideshare launches and flying payloads on its Starlink launches, something Shotwell said will continue. “We’re a launch business. We want to make sure that everybody who wants to get to space gets to space, and we’re happy to accommodate almost any way of doing so,” she said. 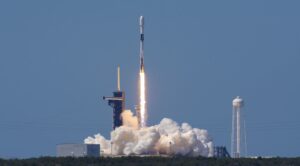 WASHINGTON — The first half of 2020 has been sluggish for the commercial launch industry, but its problems can’t be explained solely by the coronavirus pandemic.

According to statistics compiled by SpaceNews, there were 45 orbital launch attempts in first six months of 2020, including four failed launches. That would put the overall launch industry on a pace for 90 launches in the year, somewhat less than the 102 launches attempted in 2019.

Of those 45 launches, just over half — 23 — were carried out or otherwise brokered by Western launch companies. That includes Arianespace, Mitsubishi Heavy Industries (MHI), Northrop Grumman, Rocket Lab, SpaceX, United Launch Alliance and Virgin Orbit. The rest were performed by Chinese organizations, the Russian government and Iran.

Most of those 23 launches, though, were not for commercial customers. Arianespace performed two Ariane 5 launches early in the year that carried either commercial communications satellites or government satellites whose launches were commercially competed. It also brokered two Soyuz launches of OneWeb satellites before OneWeb filed for Chapter 11 bankruptcy protection in March.

Other launch companies have relied on government or internal customers. MHI’s two H-2 launches have been for the Japanese government, one carrying a reconnaissance satellite and the other an HTV cargo spacecraft to the International Space Station. Northrop Grumman’s sole Antares launch was also an ISS cargo mission. ULA has performed three Atlas 5 launches, two carrying payloads for the U.S. military and the other the ESA/NASA Solar Orbiter spacecraft.

On the small launch vehicle market, Rocket Lab has carried out two Electron launches to date, with the National Reconnaissance Office the primary customer in both cases. Virgin Orbit’s first LauncherOne launch May 25, which failed to reach orbit, carried a demonstration payload only.

Among Western launch companies, SpaceX has been the most active, with 10 Falcon 9 launches so far. However, seven of those launches have been for the company’s own Starlink satellites, and did not generate any launch revenue beyond a small amount from carrying three SkySat secondary payloads for Planet on the most recent Starlink mission June 13. The other three launches were for U.S. government customers: an ISS cargo spacecraft, the Demo-2 commercial crew mission and the June 30 launch of a GPS 3 satellite for the U.S. Space Force.

The lack of commercial launches can be blamed in part on the pandemic. Some companies, like Arianespace and Rocket Lab, temporarily suspended launch operations because of government restrictions. A SpaceX launch of Argentina’s SAOCOM 1B satellite, which was commercially procured, was postponed this spring because of international travel restrictions.

The pandemic alone, though, is not responsible for the dearth of launches. “I think it would have been a rough year, no matter what,” said Janice Starzyk, vice president of commercial space at Bryce Space and Technology, in a July 1 interview.

That assessment is based on the sharp drop in orders for commercial geostationary orbit communications satellites in recent years. That decline in orders is showing up now as a lack of launches. “2020 was going to be a fairly slow year,” she said. “There just weren’t that many satellites ordered to launch this year.”

Starzyk said she did not expect an uptick in commercial launch activity in the rest of the year given that lack of orders. Another factor is OneWeb’s bankruptcy, which has halted what was to be a steady cadence of launches this year.

There are some signs of renewed commercial launch activity. Rocket Lab’s next Electron launch, scheduled for July 5, will carry a set of commercial satellites for Canon, Planet and In-Space Missions. Arianespace will resume Ariane 5 launches in late July with satellites for Intelsat and B-SAT, while a long-delayed Vega launch carrying dozens of smallsats is now scheduled for mid-August. SpaceX is expected to launch Anasis 2, a South Korean military satellite whose launch was commercially procured, in July as well.

Looking beyond 2020, there’s been an increase in commercial GEO satellite orders, including 10 C-band satellites ordered in recent weeks by Intelsat and SES as part of the FCC effort to clear satellite C-band spectrum for use by terrestrial 5G systems. While no launch contracts have been announced yet for those satellites, Starzyk said it’s likely Intelsat and SES have already arranged launches for them to ensure that the companies can meet the FCC’s deadlines for clearing that spectrum.